I’m overdue to be writing about the passing of Bernie Drummond, but I didn’t want to leave it unmarked.

Bernie’s work is seminal (to those of a certain vintage), defining a quality bar and eccentricity that was rarely matched on the 8bit computers. Prince Charles, on a Dalek? Yeah, that’s Bernie alright; quirky, even at a time when games were being made about Trashmen. 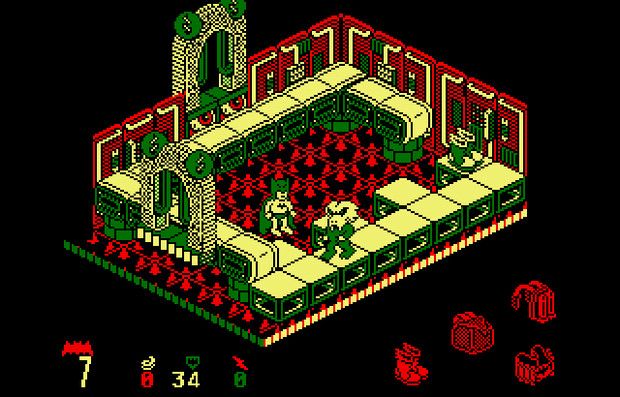 I first encountered his work on Batman, the 8bit isometric arcade adventure that came out when Batman was at the height of uncool... And it was glorious. To this day, Bernie’s chubby, slightly middle-aged take on Batman is my favourite; one I’d love to see in its paunched-glory, swinging through a Rocksteady Batyverse.

Bernie’s probably best known for his work on Head Over Heels, and it’s certainly the game that had the most profound effect on me. The four colour CPC graphics are world class and dripping with personality.

I love how distinctive the biomes are, how each sprite looks alive, and slightly bored. How the floors can guide or warn... And all of it in the tightest of memory constraints. 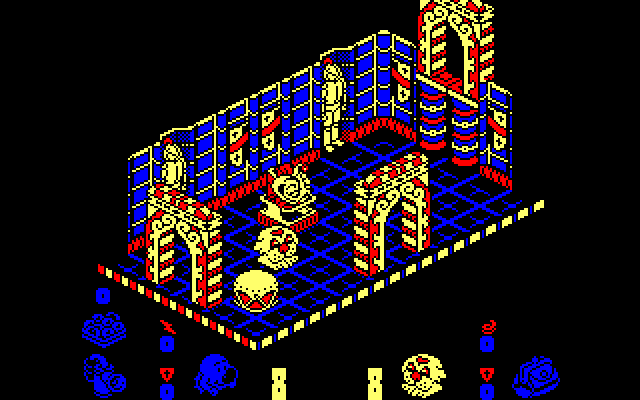 It's practically impossible to take a bad screenshot of his work, and there are vanishingly few artists from the 80s game industry that I can say that about. We've lost an extrodinary pixel artist.

I never got to meet Bernie, although I would have loved to have had the opportunity. And to my shame, I kinda lost track of where he was and what he was doing after Cranberry Source shuttered. Whtever it was, I’m sure he was doing it with flair...

Bernie, you were one of my game dev heroes, and your work and humour have inspired me many, many times.